Yup.. it's that time of year again.. when seedy thrift shop owners dig deep in their untouched for a year 49 cent bins for something 'Christmasy' to mark up to $9.99 ;-)

Luckily they missed this one altogether..
Not a re-issue either..
The last of the new compilations to be put into planning while E. was still alive (he picked the songs)
Although he'd had a christmas album on RCA before , which had been re-issued several times, this was a new one.. and was intended for Germany (he was partial to that country).. he died before it was  released, though..Whether it was also planned for other countries ,  in this form, i don't know..
This is the original 1st issue German 1977 one then, in it's cassette form (it also came as LP).. 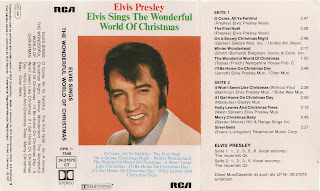 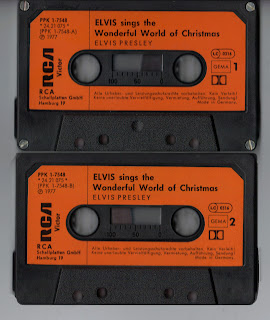