Two unrelated items.. except that they were both distributed by Polygram here...
First is that old Stones nugget.. 'Their Satanic Majesties Request'..
That wasn't the title they were trying for.. it's only a compromise..it was intended to be "Her Satanic Majesty Requests..." according to the old Royal British invitation..
Seems the Queen was 'Not Amused'.. nor was Decca.. who absolutely refused to release any album with such title.
This cassette is the second format that it came out on.. the first were 'London' cassettes made by Ampex..
I *never* see them anymore.. even these , the first "ABKCO' issues, are getting quite scarce. 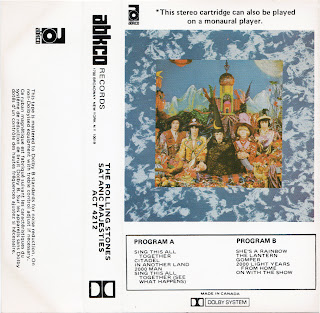 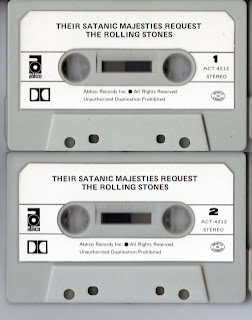 This next one is a Semi-British compilation ..although Compleat was a UK label, they were issued here by Polygram.. they tended to reissue compilations of sixties Decca and Immediate artists.. I think about the early to mid 80's since they have bar codes on them. I recall that these reissues were ultra cool at the time.. being before the wide availability of the internet, often the mixes or tracks were monstrously hard to obtain. I don't often see these on cassette anymore. 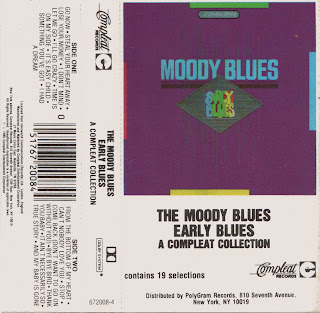 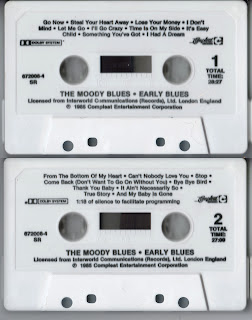