PS.. Don't lose your way here simply because I have posts up front.. MOST OF THIS BLOG is NOTHING BUT CASSETTES!

Yup.. the first Beatles cassette EMI ever issued..
I missed out several times in the past, trying to obtain one.. one sold for over $120.00, and the other was in a lot of  all 5 of the first issues.. but this is the very first one, period that they ever issued..
Most of the cassettes that came out later, were 2 tone color only, until 1968, but in 1967, the Beatrles warranted a full color sleeve.
I had given up on being able to ever post a scan of this one,  but thanks to
Alex, at Spiral Archive Records the current owner of this tape before it (just now) has changed hands again, who submitted some excellent scans for this blog, I am able to show you a good copy of , as I stated earlier, the VERY FIRST EMI Beatles cassette, and possibly one of the very first cassettes ever issued. THANKS ALEX!!!!!!!! 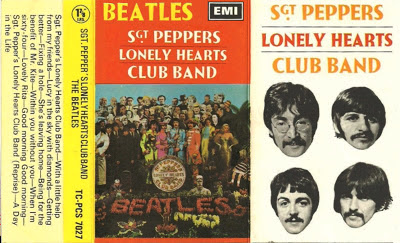 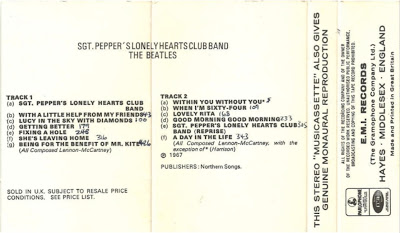 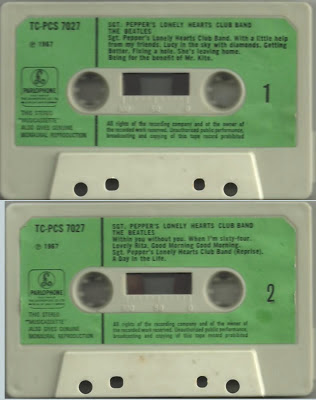 At almost the same time this came out in 1967, another cassette *also* was one of the first 30 made, and I do own a copy of *it*
It's George Martin's solo album of the tunes he produced for the Beatles. called "Off The Beatle Track".. You'll notice that this has the more typical for 1967 Two tone color cover.. Full color cassettes didn't arrive at EMI until 1968: 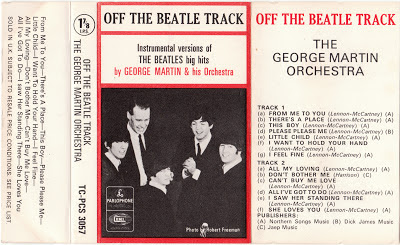 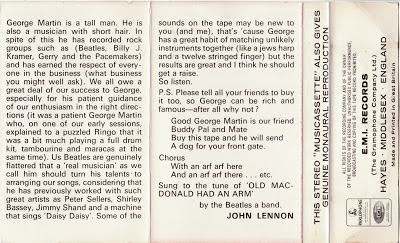 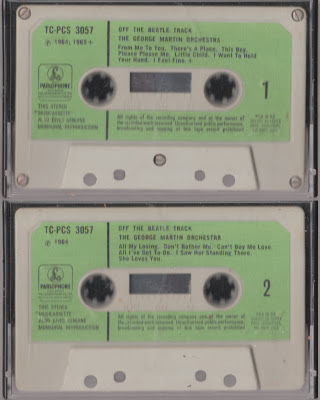 Both of these tapes will eventually be moved to the "Beatles" section, but for now, here they are...