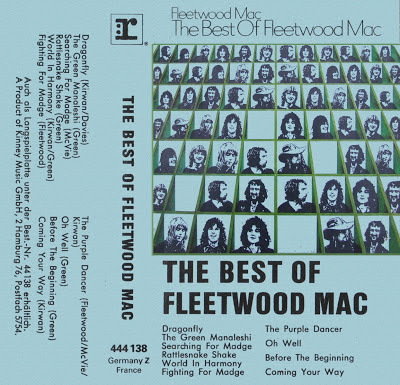 This is an astounding album.. and it is such a shame that it is the only one that has NEVER been reissued on CD. Nor have the two standout tracks on it, one of which is the studio rendition of "World In Harmony" Although other takes have since come out, this is by far the best one.. The second is "Purple Dancer".. and the back story is pretty much the same.. other takes have surfaced.. mostly live.. but this is the superior one by far. Both of these came out only on singles, until the appeared on this German compilation in 1972..
I got lucky finding a pristine tape source.. Judge for yourself if you don't think it is the under-appreciated gem I think it is. As it is out of print in any format, and at this late stage, likely to remain that way, I don't expect many chances to hear it come up...
Posted by Doccus Rockus Maximus at 9:33 PM 1 comment:

A New sister blog, for Vinyl, is coming soon..

Yup.. after i discovered just how HARD it was to find artwork for so many of my older blues LP's,, most of which are B.B. King "United" issues etc, I went and scanned them myself.. a whole lot of work too, as to properly scan an LP on a typical scanner requires 4 scans per side, which then need to be "puzzled" together..
I will post the link here when it is up....
Posted by Doccus Rockus Maximus at 7:47 PM No comments: