While we're at it.. David Bowie

In keeping with the theme an earlier post , about the David Bowie cassette that just sold for $473  (I'm pretty sure that's a record price for *any* Bowie cassette), here's some more sleeves of some earlier releases..
Space Oddity Has come out in many different versions.. the original ones were on Mercury, called Just David Bowie, and also "Man of Words, Man of Music" whatta terrible title. I have not been able to obtain a copy, however, so no scan...but Bowie sure didn't have much to say about that title.. looks like Man of words didn't apply to When the record company was looking for input on the title..
And then one more try by Mercury.. the cassette just like the one that sold for a whopping 473 bux not long ago: I guess the dress didn't boost sales either... 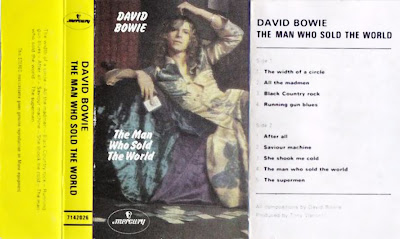 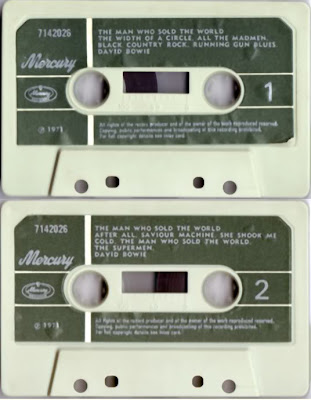 After he (luckily for him) jumped ship to RCA the next year.. the first one came out again.. but by this time he'd had a hit with Space Oddity, so that's what the album was renamed as..
It's quite rare in good condition ... 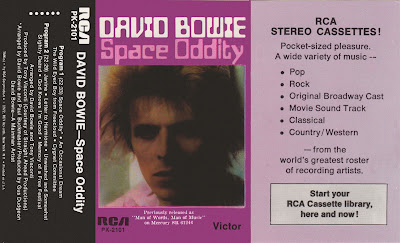 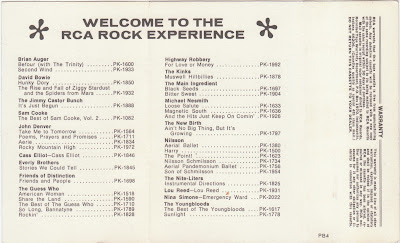 and here's the Italian edition.. 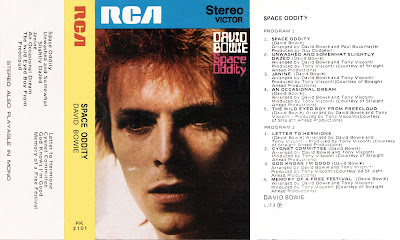 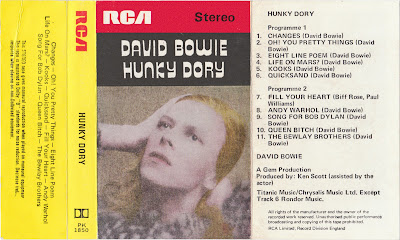 Ziggy Stardust and the Spiders from Mars .. with a name like that how could an album fail?
The UK version: 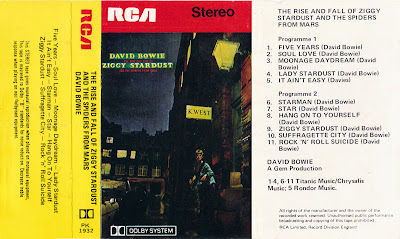 And the Canadian version: 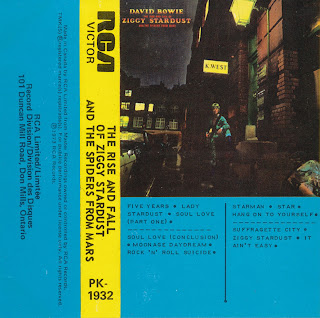 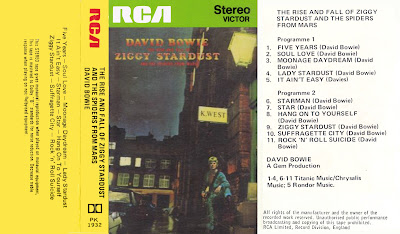 And.. yet another one... I don't know where or when I scanned this , except I no longer have this one.. but I'm adding it here 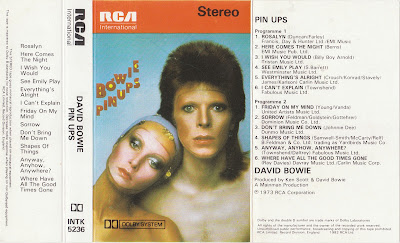 And a Canadian one, slightly earlier issue.. 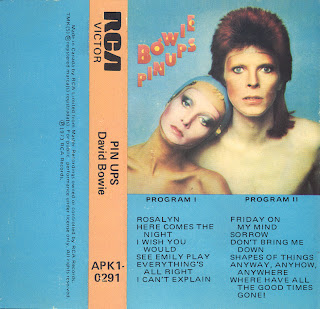 Alladin Sane.. as usual, a very imaginative and colorful sleeve.. the album's pretty good too.. 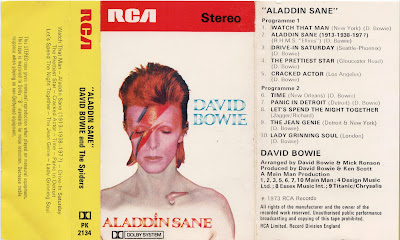 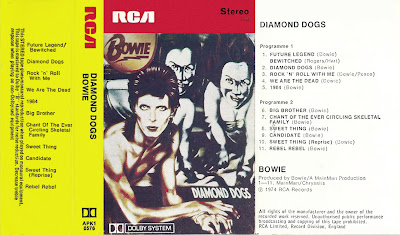 and an American first issue, this time, of same.. 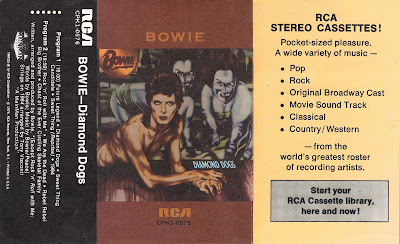 Young Americans...
I remember when this came out, we were listening to it all the way to Seattle for a HUGE concert that consisted of Starz, backing up Rick Derringer, who backed up Jeff Beck And Jan Hammer, who backed up Aerosmith..
Jeff Beck was my favorite, although he sure didn't play for long.. the first hour was Jan Hammer noodling incessantly before Jeff even joined the stage.
Rick Derringer was solid as usual, but not exciting... Starz were just a Kiss clone band..
Aerosmith were in the middle of their dope fueled "Draw the Line " tour , and they SUCKED..
All things considered, I woulda rather seen Bowie... 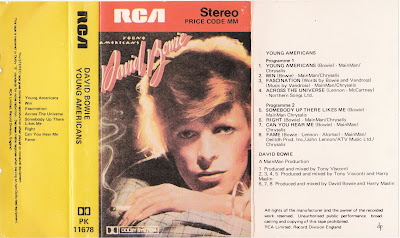 This is another really good album of Bowie's.. he really did have the gift for the "Hook" 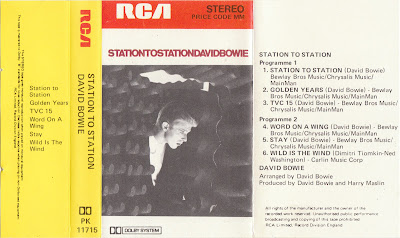 After this, He moved to Berlin.. if there exists, a "Berlin sound" from that period, I'd say Bowie captured it on the next few albums: 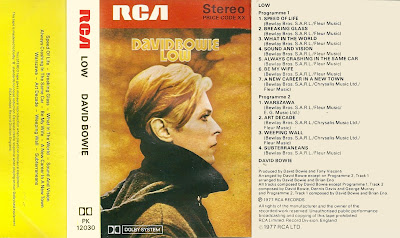 And.. in no particular order these next four: 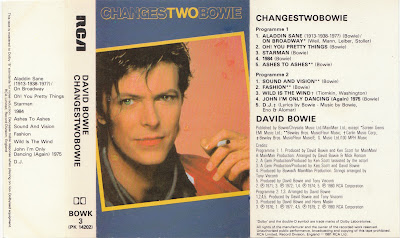 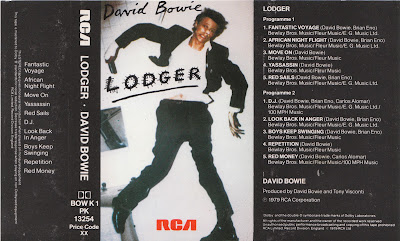 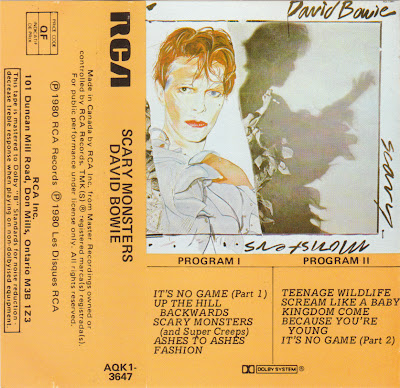 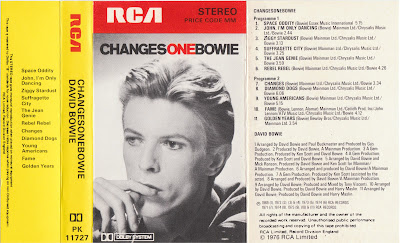