Here's a bit of a treat... I obtained this in a box of tapes I bought for their cases, as they were in excellent condition..I noticed this one, but didn't realize what I had got until I examined it in detail after I got home.
You may or may not know that Philips, a Dutch company, was the original inventor of the "Musicassette" as they were originally known, and was the first company also to release albums on cassette.
Well, it appears this is one of the very first made.. a Philips "Demonstration" cassette to showcase all the advantages of this "new" format..It came witha special fold-out listing all the releases available so far on cassette, and judging by the releases it appears 1966...

Update..After several months of intense crosschecking, it looks like it is, indeed, 1966, making it the oldest cassette I have ever had, and since the earliest ones came out *in* 1966, it's is one of the very first in existence!  Since it's in like new condition, with the insert inside the "J Card"  intact, I believe this may be extremely collectible!.. 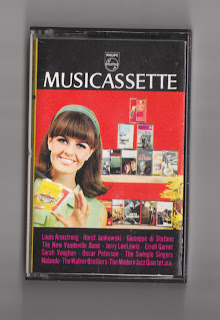 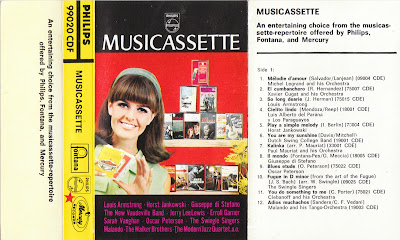 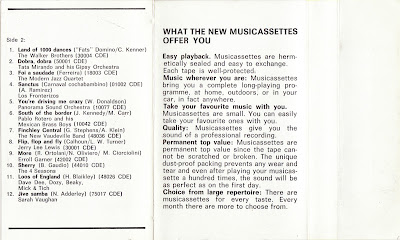 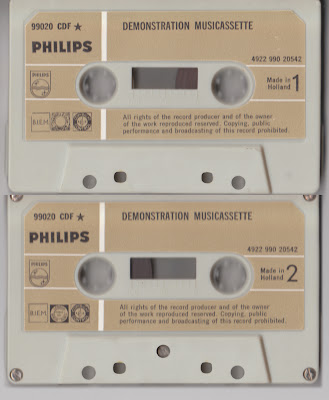 Below is the foldout insert that came inside the tape: